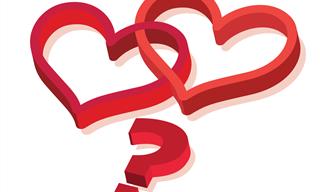 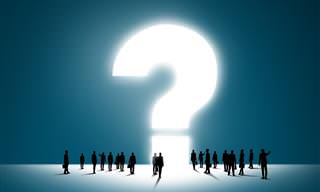 What part of the ocean is considered the most romantic?
Show Answer

Danger in the Ocean

Some are afraid of this creature, Because it has a large bite. So be careful out in the ocean, One of its kin is a Great White. What is it?
Show Hint

It's a ferocious predator.
Show Answer

A Dialogue With the Ocean

What did the ocean say to the ship's captain?
Show Answer

What sport starts with a T, has four letters, and is played around the world?
Show Answer

I look flat, but I am deep, Hidden realms I shelter. Lives I take, but food I offer. At times I am beautiful. I can be calm, angry and turbulent. I have no heart, but offer pleasure as well as death. No man can own me, yet I encompass what all men must have. What am I?
Show Answer

An ocean.
tricky riddle hard riddle word riddle logic riddle what is it
Rate: Dislike Like

Why did the fish blush?
Show Answer

Buying a Big One

If you buy a big one of these Then you surely will not starve For what's inside can feed many And they're also good to carve. What is it that you're buying?
Show Hint

It's popular during Halloween.
Show Answer

I may not be gold but I make gold look more beautiful. I help you fly and even though I'm not popular, my prices run high. What am I?
Show Answer

What Night Creature Am I?

My first letter is in ocean but never in sea. My second's in wasp but never in bee. My third is in glider and also in flight. My whole is a creature that comes out at night. What am I?
Show Hint

It Is Energy and Motion...

It is energy and motion, it can fly across the ocean. It can listen and even speak, it can see and even seek. It eats neither fruit nor gruel, it eats energy and fuel. Better say: It doesn't eat; It is transformed into heat. What is it?
Show Answer

Which Sea Creature Am I?

My first letter is in sea but not in ocean, The second is in change but not in motion. My third letter in boat but never in ship, And the fourth is in travel as well as in trip. The fifth letter is in dark but not in caves, And my whole is a triangle popping up from the waves. What am I?
Show Hint

I am a predator.
Show Answer

Dave and Brad, two popular politicians, met at a club to discuss the overthrow of their party leader. They each ordered a vodka on the rocks. Brad downed his and ordered another. He then drank his second in a gulp and decided to wait before he ordered a third. Meanwhile, Dave, who was sipping his drink, suddenly fell forward dead. Both men were set up for assassination. Why did Dave die and Brad live?
Show Answer