Related Tags: theatre
Theater Puns
What did the thief steal on the theatre's opening night? The spotlight.
Theatre - the one place it doesn't pay to read between the line.
10 saxophone players blew up a theatre...
authorities are on the lookout for the tenorists.
I tried to come up with a funny theatre joke, but it was all just an act.
Who are the biggest fans at the theatre? The backstage crew - They're always giving props to the actors.
Theatre costumes must be handled with care since they're often laced with something.
10 saxophone players blew up a theatre...
authorities are on the lookout for the tenorists.
Tried acting in a theatre full of farmers. Got mooed off stage.
Couple of friends have decided to put theatre style seats in their house. It will end in tiers.
I wonder why theatres are so sad? They're always dark, moody, and in tiers.
Why did the penguin enter the theatre?
He wanted to go into snow business
Everyone was spot on, you really did make a great theatre lighting tech.
A friend has joined a blonds only theatre group. Fair play to him.
A prankster played a really dark and dim-witted joke at the theatre. He turned off the lights.
I'm coming out of the closet to tell everyone I was just hired as a seamstress for the theatre.
All theatres love to see scarecrows out in the audience as reviewers! They're simply outstanding in their field.
Our backstage manager is leaving at the end of the year. He has been an outstanding member of our theatre team.
Props to him.
Opening a new shadow puppet theatre. Business plan says we'll make a fortune, but those are just projected figures.
I just got fired from my theatre job. I guess I should've made a bigger scene about it.
Why did the Lord of the Rings author get kicked out of the movie theatre.
He was Tolkien all the way through.
When the theatre owner dies, his visitation hours are as follows: 1pm, 3pm, 6:30 pm, 9pm, and midnight.
Great news! I'm a movie director now! I gave stellar directions to a very lovely family on their way to the theatre.
My dad always said the secret to theatre was to always leave them wanting more.
He was a great guy but a terrible anaesthetist.
Q: Did you hear about the blonde couple that were found frozen to death in their car at the drive-in movie theatre?
A: They apparently went to see "Closed For The Winter"
My grandfather warned people that the Titanic would sink
*No one listened, but he kept on warning them nonetheless until they got sick of him and kicked him out of the movie theatre*
Julius Caesar ordered pizza for the senate at Theatre of Pompey
Casca: How could you not order enough pizza for everyone?

Julius: But there was enough for everybody to have a slice...

Julius: ATE TWO, BRUTE?
An actor arrived for his rehearsal at the theatre.
As he looked around, an incredible feeling of deja vu swept over him.

"Uncanny!" He thought. "I've arrived at a strange stage of my life".
Saxophone Puns
10 saxophone players blew up a theatre...
authorities are on the lookout for the tenorists.
10 More Hilarious Murphy's Laws 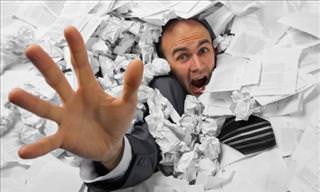 Law of the Theatre - At any event, the people whose seats are furthest from the aisle arrive last. The Starbucks Edict - As soon as you sit down to a cup of hot coffee, your boss will ask you to do something which will last until the coffee is cold. Murphy's Law of Lockers - If there are only two people in a locker room, they will have adjacent lockers. Law of Physical Surfaces - The chances of an open-faced marmalade sandwich landing face down on a floor covering are directly correlated to the newness and cost of the carpet. The Conundrum of Logical Argument - Anything is possible if you don't know what you are talking about. Brown's Law of Physical Appearance - If the shoe fits, it's ugly. Oliver's Rule of Public Speaking - A closed mouth gathers no feet. Will's favourite! Wilson's Law of Commercial Marketing Strategy - As soon as you find a product that you really like, they will stop making it. Doctors' Law - If you don't feel well, make an appointment to go to the doctor, by the time you get there you'll feel better. Don't make an appointment and you'll stay sick. Will and Guy's Law - If you don't save things on your computer you will, sooner rather than later, delete them.
starbucks physical murphy's law doctors murphy's laws surfaces lockers edict correlated newness conundrum
Rate: Dislike Like
Want to start your day laughing? Register to our Daily Joke! Want to start your day laughing? Register to our Daily Joke!
Did you mean:
Continue With: Facebook Google
By continuing, you agree to our T&C and Privacy Policy
Contact us | Help | About us | Terms | Privacy policy | Categories | Collections