Related Tags: identity
Sibling Puns
I failed my Calculus exam because I was seated between two identical twins.
It was hard to differentiate between them.
If I ever had identical twin daughters, I'd name the first one Kate....
and the second one Duplikate.
Amal and Juan are identical twins. Their mom only carries one baby photo in her wallet.
Because if you've seen Juan you've seen Amal.
Funny Parenting Quotes
“Kids are expensive, I didn’t even realize how broke I was until last year someone stole my identity and it ruined her life.”—Kate Davis
Dirty Short Jokes
What is the most common crime in China? Identity Fraud.
Will You Stop It?

The nurse asked a patient to remove his clothing and put on a gown to be checked by the doctor. "In front of you?" He asks shyly. The nurse says: "Well no, but I've seen the naked human body before. The man said, "Not one like mine. You'd die laughing at my naked body." "Of course I won't laugh," said the Nurse to the patient, "I'm a professional. In over twenty years I've never laughed at a patient.” "Okay then," said the patient, and he proceeded to drop his trousers, revealing a huge male body with the smallest adult male organ the Nurse had ever seen in her life. In length and girth it was almost identical to an AAA battery. Unable to control herself, the Nurse tried to stop a giggle, but it just came out. And then she started laughing at the fact that she was laughing. Feeling very badly that she had laughed at the man's private parts, she composed herself as well as she could. "I am so sorry," she said, "I don't know what came over me. On my honor as a Nurse and a lady, I promise that it won't happen again. Now, tell me, what seems to be the problem?" "It's swollen," Bob replied. She ran out of the room.
doctor joke Viagra laughing nurse hospital joke
Rate: Dislike Like
I've Got a Surprise For You! 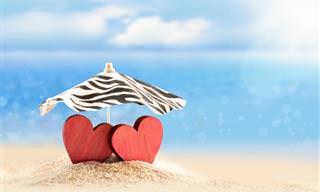 A young couple got married and went away on their honeymoon. After two weeks they came back and finally put away all of the presents they received from friends and family. Since this was a new home, the process took some time. A week later, they received two tickets in the mail for a popular show where tickets were impossible to get. They were very excited and warmed by the gesture of the person who sent this. Inside the envelope, however, was only a small piece of paper with a single line, "Guess who sent them." The pair had much fun trying to identify the donor but failed in the effort. They went to the theater and had a wonderful time. On their return home late at night, still trying to guess the identity of the unknown host, they found the house stripped of every article of value! And on the bare table in the dining room was a piece of paper on which was written in the same hand as the enclosure with the tickets: "Now you know!"
burglar crime joke wedding joke honeymoon robber scam tickets
Rate: Dislike Like
Family Puns
When I was a kid, my mother told me I could be anyone I wanted to be.
Turns out identity theft is a crime
The Grim Reaper and the Dentist 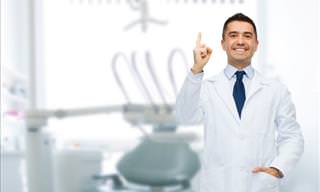 There are two identical twin brothers that live together. One happens to be a well-respected dentist, and the other can't seem to keep a job. Instead of actively looking for work, he likes to sit around at home. One Saturday, the dentist is hungry, and puts his brother on the spot. He tells him to get off his lazy behind and go get them some food. After some protest, the lazy brother takes the car and leaves for the store. In the meantime, the dentist takes a nap on his day off. He turns off his phone so he won't be interrupted. About 30 minutes later, the lazy brother gets into a head-on collision in the intersection by the grocery store. His vital signs are fading; he's unconscious and barely moving. An ambulance picks him up and rushes him to the hospital. He ends up in the Emergency Room under observation, but his condition is critical. They try calling his dentist brother, but he doesn't pick up because his phone is off. The dentist wakes to a knock on the door. Suspecting a solicitor, he ignores it, but the knocking continues. Eventually, he resolves to get up and yell at the person at the door. When he does, he reveals--- the grim reaper. He is just as he appears in movies; a full skeleton underneath a tattered cloak. The grim reaper swears. "Oh no! This always happens with identical twins". "What do you mean?" asks the dentist. "Well... if you must know, your brother was in a critical car accident, and I've come to take him to the underworld. I'm afraid his time on Earth has ended. I'll take my leave now." The dentist is noticeably upset. He says "Wait! Isn't there some way I can challenge you for my brother's life? After all, YOU made the mistake. Certainly there must be a way I can bargain for his life." The grim reaper asks "What do you have in mind?" The dentist thinks. "How about a challenge? If I beat you, you let my brother go free." The grim reaper laughs. "I will beat you in any challenge. What challenge do you propose?" The dentist smiles. "I propose we see who has the cleanest teeth. 5 minutes of brushing each, then we decide." "Very well" says the grim reaper, who makes his way to the bathroom. Once there, he pulls back his tattered cloak to reveal his skull. It's glistening. He takes a toothbrush from the bathroom, loads it with toothpaste, and brushes. After 5 minutes, the shiniest teeth anyone has ever seen glisten and make the room bright. The grim reaper grins. "You are foolish human. But, you are entitled to your chance." The dentist takes another toothbrush, loads it with toothpaste, and starts brushing like a madman. When his 5 minutes are up, he spits out the paste. He smiles. It's unbelievable. The shine from the dentist's teeth is so beautiful that he can see the grim reaper's reflection in his perfectly clean teeth. The winner is obvious. The grim reaper hangs his head in shame. "You win, human. This time. Your brother will live." He disappears in a puff of smoke. At the same instant, the bed-ridden brother wakes up in the hospital. Not only is he uninjured, he seems perfectly healthy. Suddenly, the phone by his bed rings. It's his brother, the dentist. He picks up. "Hey bro. You'll never believe what happened. Apparently, I went out to the market and got hit by a car. They say I almost died." The dentist smiles on the phone and says. "That's interesting, bro. Today you might say that I also had a brush with death."
challenge doctor joke phone death brother teeth dentist dad joke wager grim reaper tooth brush
Rate: Dislike Like
Poop Puns
I was walking along when I saw a pile of dog sh** on the side of the street, a little further on I saw an identical one.
That was a crazy deja poo.
Funny Money Quotes
"I’ve done the calculation and your chances of winning the lottery are identical whether you play or not." ~ Fran Lebowitz
Mother Puns
When I was a kid, my mother told me I could be anyone I wanted to be.
Turns out identity theft is a crime
Want to start your day laughing? Register to our Daily Joke! Want to start your day laughing? Register to our Daily Joke!
Did you mean:
Continue With: Facebook Google
By continuing, you agree to our T&C and Privacy Policy
Contact us | Help | About us | Terms | Privacy policy | Categories | Collections