Jokes and puns for colonoscopy:
Related Tags: colonoscopy colonoscopy joke
Colonoscopy Short Jokes
What's the difference between a colonoscopy and an endoscopy?
The taste.
What should the real name for a colonoscopy be?
A colonoscopoo.
Had a colonoscopy the other day,
Worst dentist appointment I've ever had.
I forgot to pay my colonoscopy bill.
Now I’m in arrears.
Your doctor called with your colonoscopy results. Good news – they found your head.
The doctor told me he found something alarming in my colonoscopy.
Turns out it was a clock.
"Your Colonoscopy went well, I understand." Said Sherlock to Watson.
"No s**t, Sherlock."
I have inner beauty.
And I have the video from my colonoscopy to prove it.
That new vet really screwed up my pig's colonoscopy
He's pretty ham-fisted
I just got my colonoscopy results:
The doctor gave me two thumbs up!
Did you hear about the golfer who started a colonoscopy clinic?
He does 18 holes a day.
I had a colonoscopy recently and believe it or not getting the camera up there doesn't hurt as much as you might think.
It's the crew that's the killer.
I only lost 2 pounds while taking laxatives for a colonoscopy.
I guess I'm not as full of crap as I thought.
Someone I know gave a really deep speech to convince me to go for a colonoscopy
What else can I say?
Something touched me deep inside.
"Straight ahead for a bit then there's a sharp left, so take it slowly." I said.
"The screen is for MY benefit, Mr. Anderson," said the doctor, "and this isn't my first colonoscopy."
I had a colonoscopy yesterday and I think the doctor must have got carried away.
I said to him, "Can you back that up a little, it's irritating my tonsils."
Yesterday I paid a stranger to knock me unconscious,
shove a foreign object up my butt and film the whole thing!
Or as my doctor insists on calling it... a colonoscopy
My father had a colonoscopy.
Turns out he had colon cancer so he had to have surgery to remove the tumor. Now he has a semi-colon.
The Young Colonoscopy Patient 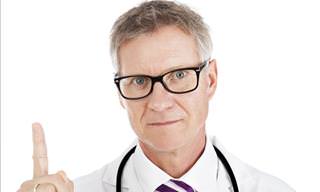 A young man decides it's better be safe than sorry and decides to take an early colonoscopy exam. As he lay on his side on the table, the doctor got ready to do the examination. As the doctor was going in, he looked at the young patient, smiled and said, "Don't worry, it's normal to get an erection." The patient, embarrassed, stated earnestly, "But I haven't got an erection!" "I was talking about mine."
rude doctor examination exam erection talking mine embarrassed colonoscopy joke
Rate: Dislike Like
The Mystery Beer 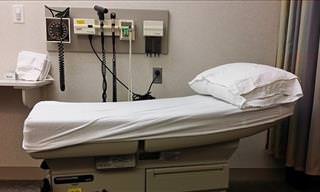 It was my first time visiting Dr. Putz for a colonoscopy. I went into his office for my very first rectal exam. His new blond nurse, Ethel, took me to an examining room. She told me to get undressed and have a seat until the doctor could see me. She said that he would only be a few minutes. After putting on the gown that she gave me I sat down. While waiting I observed there were three items on a stand next to the exam table: A Tube of K-Y jelly, A rubber glove And a beer. When Dr. Putz finally came in I said, "Look Doc, I'm a little confused. This is my first exam. I know what the K-Y is for, and I know what the glove is for, but can you tell me what the BEER is for?" At that, Doctor Putz became noticeably outraged and stormed over to the door. He flung the door open and yelled to his new blonde nurse: "Darn it, Ethel! I said a BUTT light."
senior rude joke senior joke doctor joke
Rate: Dislike Like
Yo Mama So Ugly
Yo Mama so ugly
She goes to the dentist for a colonoscopy.
The 13 Funniest Things Said During a Colonoscopy 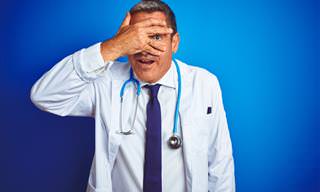 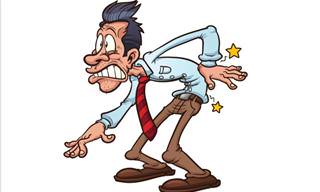 These two guys are sat in their hospital beds having a little chat. The first guy asks the second, "What are you in for?" "Camera down the throat." the second guy replies. "Oh, endoscopy?" the first guy asks. The second guy says, "Yeah. Checking for stomach cancer. How about you?" "Camera up the butt" the first guy says. "Oh colonoscopy, checking for bowel cancer?" asks the second guy. The first guy says, "No, my neighbor was sunbathing and my wife caught me taking a photo."
wife photo neighbor butt camera colonoscopy joke endoscopy stomach cancer bowel cancer sunbathing
Rate: Dislike Like
Insults & Comebacks
Your doctor called with your colonoscopy results. Good news – they found your head.
Jokes For Women
My ex husband went to a colonoscopy the other day.
Good news: They found his head!
Want to start your day laughing? Register to our Daily Joke! Want to start your day laughing? Register to our Daily Joke!
Did you mean:
Continue With: Facebook Google
By continuing, you agree to our T&C and Privacy Policy
Contact us | Help | About us | Terms | Privacy policy | Categories | Collections