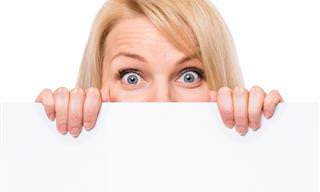 A brunette, a redhead and a blonde all worked in the same office with the same female boss. Every day, they noticed their boss left work early. One day, the girls decided that when the boss left, they'd leave right behind her. After all, she never called in or came back to the office when she left early, so how was she to know? The next day, they all three left the office right after the boss left. The brunette was thrilled to be home early. She did a little gardening and went to bed early. The redhead was elated to be able to get in a quick workout at the health club before meeting her dinner date. The blonde was very very happy to be home, but when she got to the bedroom she heard a muffled noise from inside. Slowly, quietly, she cracked open the door and was mortified to see her husband in bed with HER BOSS. Ever so gently, she closed the door and crept out of her house. The next day at coffee break, the brunette and redhead decided they were leaving early again, and asked the blonde if she was coming with them. "NO WAY," she exclaimed, "I almost got caught yesterday!"
blond joke office workplace boss
Rate: Dislike Like
Great Catch - I'll Buy You Dinner 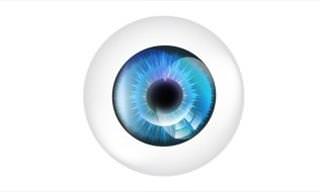 A man is dining in a fancy restaurant and there is a gorgeous redhead sitting at the next table. He has been checking her out since he sat down, but lacks the nerve to talk to her. Suddenly she sneezes, and her glass eye comes flying out of its socket towards the man. He reflexively reaches out, grabs it out of the air, and hands it back. "Oh my, I am so sorry," the woman says as she pops her eye back in place. "Let me buy your dinner to make it up to you," she says. They enjoy a wonderful dinner together, and afterwards, they go to the theater followed by drinks. They talk, they laugh, she shares her deepest dreams and he shares his. She listens. After paying for everything, she asks him if he would like to come to her place for a nightcap and stay for breakfast. They had a wonderful, wonderful time. The next morning, she cooks a gourmet meal with all the trimmings. The guy is amazed. Everything had been SO incredible. "You know, "he said, "you are the perfect woman. Are you this nice to every guy you meet? " "No," she replies. "You just happened to catch my eye."
bar silly joke eye romantic word play
Rate: Dislike Like
The Blond Bank Robber and the Three Stalls 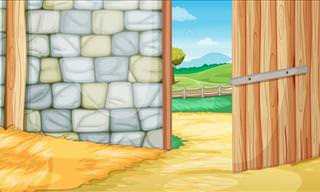 Three bank robbers: a redhead, a brunette, and a blonde. Are trying to evade the police when they come across a farm. Being short on time and options, they all decide to hide in the barn. The redhead hides near the horses, the brunette hides near the cows and the blonde hides in a pile of potatoes. When the police come to search the barn, first they come to the horse stables. The redhead lets out a hefty "neeeyyyy", the cops are convinced that the horses are indeed alone, and the redhead escapes. The police then search the cow pens. The brunette saw what the first robber had done, and belts out a deep "mooooo". The cops are again convinced and the brunette is able to escape. The police finally turn to the stall where the Blond has hidden. The blond, seeing how easily the other two had gotten away, decides to use the same method. So as the police officers came close they suddenly hear: "Potato!"
blond joke police stupidity joke potatoes
Rate: Dislike Like
The Special Animal Program 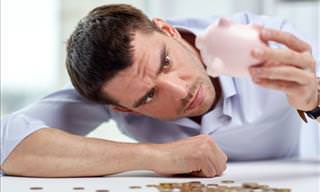 A young cowboy from Montana goes off to college. Halfway through the semester, having foolishly squandered all his money, he begins thinking about his dire situation. He hatches a plan. He calls home. "Dad," he says to his father, "You won't believe what modern education is developing! They actually have a program here in University that will teach our dog, Ole' Blue how to talk!" "That's amazing!" his Dad says. "How do I get Ole' Blue in that program?" "Just send him down here with $1,000," the son says "and I'll get him in the course." So, his father sends the dog and $1,000. About two-thirds of the way through the semester, the money again runs out. The boy calls home. So how's Ole' Blue doing son?" his father asks. "Awesome, Dad, he's talking up a storm," he says, "but you just won't believe this, they've had such good results they have started to teach the animals how to read!" Read!?" says his father, taken aback. "No kidding! How do we get Blue in that program?" "Just send $2,500, I'll get him in the class." The money promptly arrives. But the young lad has a problem. At the end of the year, his father will find out the dog can neither talk, nor read. So he ponders his problem, again and again, he comes up with a plan. He finds the dog a new home and gives him away to a loving family. When he arrives home at the end of the year, his father is all excited. "Where's Ole' Blue? I just can't wait to talk to him!" "Dad," the boy says, "I have some grim news. Yesterday morning, just before we left to drive home, Ole' Blue was in the living room, kicking back in the recliner, reading the Wall Street Journal, as he usually does. Then Ole' Blue turned to me and asked, 'So, is your daddy still messing around with that little redhead who lives down the street?'" The father went white, then red, then exclaimed, "I hope you shot that lying dog before he talks that trash to your Mother!" "I sure did, Dad!" "That's my boy!"
animal joke family joke father son cheating joke college storm dad animal program trash loving semester
Rate: Dislike Like
Blonde, Brunette & Redhead Escape From Prison 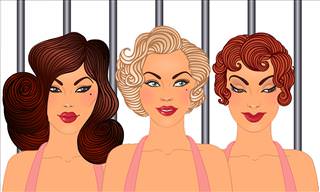 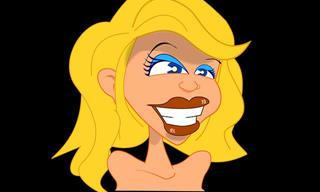 Three girls all worked in the same office with the same female boss. Each day, they noticed the boss left work early. One day the girls decided that, when the boss left, they would leave right behind her. After all, she never called or came back to work, so how would she know they went home early? The brunette was thrilled to be home early. She did a little gardening, spent playtime with her son, and went to bed early. The redhead was elated to be able to get in a quick workout at the spa before meeting a dinner date. The blonde was happy to get home early and surprise her husband, but when she got to her bedroom, she heard a muffled noise from inside. Slowly and quietly, she cracked open the door and was mortified to see her husband fooling around with her boss! Gently, she closed the door and crept out of her house. The next day, at their coffee break, the brunette and redhead planned to leave early again, and they asked the blonde if she was going to go with them. “No way!” the blonde exclaimed. “I almost got caught yesterday!”
funny blonde joke blond joke
Rate: Dislike Like
An Irate Blonde 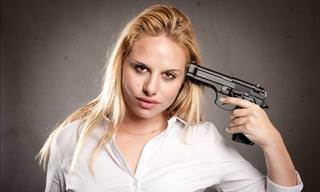 A young blond woman is distraught because she fears her husband is having an affair, so she goes to a gun shop and buys a handgun. The next day she comes home to find her husband in bed with a beautiful redhead. She grabs the gun and holds it to her own head. The husband jumps out of bed, begging and pleading with her not to shoot herself. Hysterically the blonde responds to the husband, “Shut up! you’re next!”
blonde joke gun husband wife cheating joke stupidity joke affair beautiful redhead distraught shut up
Rate: Dislike Like
How to Avoid Execution 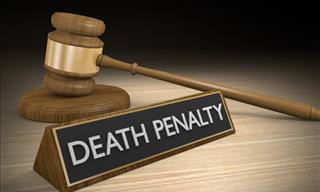 Three women go down to Mexico one night to celebrate college graduation. They get drunk and wake up in jail, only to find that they are to be executed in the morning – though none of them can remember what they did the night before. The first one, a redhead, is strapped in the electric chair and is asked if she has any last words. She says, “I just graduated from Trinity Bible College and believe in the almighty power of God to intervene on the behalf of the innocent.” They throw the switch and nothing happens. They all immediately fall to the floor on their knees, beg for forgiveness, and release her. The second one, a brunette, is strapped in and gives her last words. “I just graduated from the Harvard School of Law and I believe in the power of justice to intervene on the part of the innocent.” They throw the switch and again, nothing happens. Again they all immediately fall to their knees, beg for forgiveness and release her. The last one, a blonde, is strapped in and says, “Well, I’m from the University of Texas and just graduated with a degree in Electrical Engineering, and I’ll tell ya right now, ya’ll ain’t gonna electrocute nobody if you don’t plug this thing in.”
blond joke religion joke prayer bible execution electric chair electrical engineering texas plug switch
Rate: Dislike Like
They Unionized... 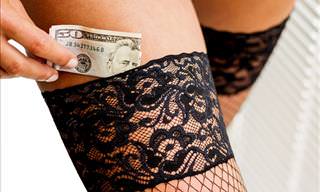 An accountant was at a convention in Las Vegas and decided to check out the local brothels. When he got to the first one, he asked the madam, "Is this a union house?" "No, I'm sorry, it isn't." "Well, if I pay you $100, what cut do the girls get?" "The house gets $80 and the girls get $20." Mightily offended at such unfair dealings, the man stomped off down the street in search of a more equitable shop. His search continued until finally he reached a brothel where the madam said, "Why yes, this is a union house." "And if I pay you $100, what cut do the girls get?" "The girls get $80 and the house gets $20." "That's more like it!" the man said. He looked around the room and pointed to a stunningly attractive redhead. "I'd like her for the night." "I'm sure you would, sir," said the madam, gesturing to a 70-year-old woman in the corner, "but Ethel here has seniority."
business joke brothel union seniority
Rate: Dislike Like
The Same Old Sandwich 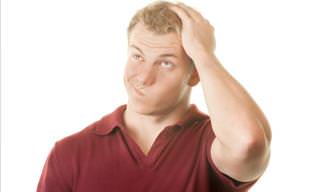