Jokes and puns for lee:
Related Tags: lee
Knock Knock Jokes
Knock, knock.
Who's there?
Lee
Lee who?
Lee me alone - I've got a headache!
Vegetable Puns
Who is the best kung fu vegetable?
Brocc lee.
Insults & Comebacks
You remind me of my Chinese friend - Ug Lee.
When Putin and Kin Jong-Un Meet 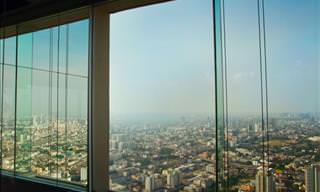 Kim Jong-Un and Vladimir Putin were having a summit meeting at a 20-story building. During a break, the two leaders made a bet about the loyalty of their guards. First, Putin called his guard Ivan into the room, opened the window and said: "Ivan, jump down." Ivan replied in tears: "Mr. President, how could you do this to me? I have a wife and a son." Putin explained that he was only joking, and let Ivan out. Then Kim Jong-Un called his guard Lee, and told him to jump. Lee started running toward the window. Putin grabbed him and said: "Are you crazy? You will die if you jump!" Struggling, Lee replied: "Let me go! I have a wife and a son!"
political joke dark humor politician kim jong-un vladimir putin summit bodyguard
Rate: Dislike Like
Running Puns
Which athlete wrote the book, Jumping for Exercize?
Lee Ping.
Volleyball Puns
Who directs all of the movies about volleyball injuries? Spike Lee.
Dirty Puns
What do Bruce Lee and the Donkey from Shrek have in common?
They have both entered the dragon.
Puns
What superlative did Robert E. Lee win in high school?
Most likely to secede!
Dirty Limericks
That twisted ol' dude called Lee,
Had a thing for a woman's knee.
He tossed her a coin
She kicked in his groin
And now he is known as Cicely.
Quotes
I used to jog but the ice cubes kept falling out of my glass.
David Lee Roth
Contact us | Help | About us | Terms | Privacy policy | Categories | Collections