Jokes and puns for explosion puns:
Related Tags: explosion puns mythology senior
Horse Puns
What do you call an explosive horse?
Neigh-palm.
Pumpkin Puns
I'm the pun King of Halloween.
Dad Puns
The only good pun is a dad pun
but who am I kidding?
Fruit Puns
A storefront that boasts a fruit pun, just peachy.
The Cowboy, the Spider and the Dinosaur 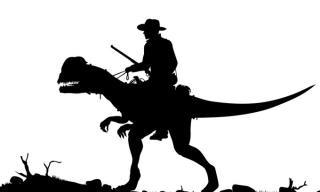 A dinosaur, a spider, and a cowboy walk into a bar All three sit at the bar and begin drinking heavily, clearly distressed. The bartender asks them what their troubles are. The Cowboy takes a shot, then says "my horse got loose, ran into traffic, and got hit by a semi truck carrying tanks of gasoline. Cause a whole big explosion and blew my poor horse to bits." The spider nods sympathetically. "I just lost my husband in that same fire. The driver found him, freaked out, and crashed trying to squash my dear hubby." The bartender is in shock, but finally asks the dinosaur his story. The dinosaur sniffed, took a sip from his straw, and said "My whole family was on that truck."
animal joke horse cowboy bar joke truck dinosaur traffic explosion spider semi truck gasoline tanks straw
Rate: Dislike Like
Football Puns
I’m establishing my punning game early today.
Funny Limericks
A man was once offended
By a pun writing contest he entered
He submitted ten
Sure that one would win
But alas no pun in ten did.
Turtle Puns
These puns are turtle-y hilarious.
The pun class we attended totally tortoise nothing.
Tree Puns
I told my friend a tree pun.
He was stumped.
Rabbit Puns
I have so many Easter puns, it’s not even bunny.
Fish Puns
If you can think of a better fish pun, let minnow.
Eye Puns
Bad puns are how eye roll.
This eye pun couldn't be any cornea.
Wine Puns
Wine puns. They're always in pour taste.
Bone Puns
I find bone puns very
Humerus.
Biology Puns
Do you find bone puns humerus?
Corona Virus Jokes
With all this spare time on their hands people are going to start pursuing their passions. I wouldn't be surprised to sudden explosion in the arts, a renewal in scientific interest, and a mass proliferation of original content.
A coronaissance, if you will.
Book Puns
These book puns have tickled your spine.
Cheese Puns
What happened after an explosion at a French cheese factory? All that was left was de brie.
Egg Puns
Egg puns are the most egg-citing.
Salad Puns
I had a salad pun, but I tossed it
Writing Puns
Seven days without a pun makes one weak.
Easter Puns
"I have so many egg puns, it's not even bunny."
Chemistry Puns
Wanna hear a pun about gold? AU!
Funny chemistry puns always get a good reaction.
Clever Jokes
A pun, a play on words and a limerick walk into a bar.
No joke.
God's Hunter 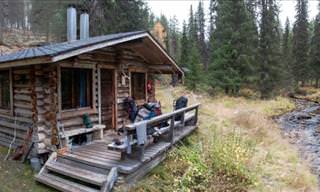 A hunter lived alone in the middle of a forest, in a small house by the river. A short distance down a slope in front of his house, he had a garden where he would grow vegetables to supplement his diet of forest game and fish. One morning, he awoke to the sounds of a thunderstorm and rushing water. Quickly getting dressed and stumbling outside, he saw the river had flooded. Overflowing its banks, the waters swelled and flowed past, getting ever so closer to the hunter's abode. It would not reach the house, the hunter observed, for it had the higher ground. But there was no hope for the vegetable garden -- it was only a matter of minutes before the floodwaters would wash over it, ruining his harvest for that season. "Godda**it," the hunter muttered. Right before the hunter's eyes, a bolt of lightning struck the bank at the other side of the river, followed by a deafening clap of thunder and a massive explosion. Trees, rocks and chunks of dirt flew hundreds of feet into the air! No sooner had the debris started falling back to the ground when a monstrous tornado blew in from parts unknown and scooped them right up again. The tornado headed straight towards the river, uprooting more trees and rocks in its path, carving a deep gouge into the earth. As soon as the tornado blew across the river, there was another flash of lightning and deafening clap of thunder. The tornado disappeared as quickly as it had materialized. The uprooted trees, rocks and dirt crashed into the river, diverting its waters into the deep gouge in the earth. The floodwaters receded, having come within inches of the hunter's vegetable garden. Having witnessed the whole extravaganza from start to finish, the hunter could only stare, wide eyed, his legs shaking and mouth hanging stupidly open. It was a while before he finally managed to speak. "Whoa." Then, from above him, a voice boomed: ”YOU'RE WELCOME."
religion joke God thunder hunter storm tree bank river eyes explosion lightning rocks uprooted diverting
Rate: Dislike Like
Pun Puns
How were these puns about puns?
They were pun-questionably pun-fortunate!
How would you describe a pun about a pun?
They're pun-ishingly bad!
What did the pun mom say to the new pun dad?
We have a pun in the oven!
What a pun's dream job?
To be an acu-pun-cturist!
What's a pun's best trait?
His pun-ctuality!
What type of apartment does a pun live in?
The pun-thouse!
Puns make me numb, but math puns make me...
Number.
Why was the pun a bad comedian?
He never got the pun-chline right!
What happened when the pun misbehaved in school?
He was pun-alized with detention!
What did the pun say to his annoying colleague?
You're being pun-reasonable right now!
Why did the two puns go to camp together?
They wanted to be pun-kmates!
Have you ever tried to write your own puns?
It's a fairly difficult pun-dertaking!
Why did the pun fail his English class?
He didn't use proper pun-ctuation!
WOOD you tell give some wood puns?
What's a pun's favorite movie?
It's a Punderful Life!
Dark Short Jokes
What do you call a deer wearing an explosive vest?
Bombi.
Mother Puns
These aren't your mom's puns, these are your sisters puns. Tam-puns
Potato Puns
Potato puns are a-peeling.
All potato puns are pomme de terrible.
If you’re looking for potato puns, you can count on me to chip in.
Vegetable Puns
Bad vegetable puns are dreadful.
It’s a truly rotten experience.
Halloween Puns
My dad has been making Halloween related puns all morning
He's now asking that I call him the Halloween Pun King.
Bee Puns
Bee warned.
Bee puns really sting.
Physics Puns
Physics puns are no joke. It’s a relatively dark matter.
The frequency of bad physics puns on this category...

It hertz.
Dad Jokes
There's been an explosion at a cheese factory in Paris.
There's nothing left but de Brie.
Toucan Puns
Making puns ha?
Toucan play that game.
Puns
There was a man who entered a local paper's pun contest.
He sent in ten different puns hoping at least one of the puns would win but, unfortunately, no pun in ten did.
Not all math puns are bad.
Just sum.
An unlucky skydiver's last pun: 'Ah chute!'
A Pun, a Play on Words, and a Limerick walk into a bar....
No Joke.
You know what really bugs me?
Insect puns.
Bread Puns
Why are bread puns the greatest? They never grow mold.
It’s too bad that bread puns are always so crumby. Mmm . . . crumbs.
Contact us | Help | About us | Terms | Privacy policy | Categories | Collections