Jokes and puns for eddy wiesblatt:
Hockey Puns
Which legend lived in a shack? Was it Eddy? No, Ma-hovel-ich!
The Suspicious Father and his Daughters 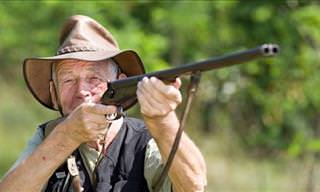 There once was a farmer whose wife had died and left him with three beautiful teenage daughters. Every weekend, when they went out on dates, the farmer would stand at the door with his shotgun, making it clear to their dates he wanted no trouble from them. Another Saturday night came around. At about 7 pm., there was a knock on the door. He answered and the young man said, "Hi, my name's Joe. I'm here for Flo. I'm taking her to the show. Is she ready to go?" The farmer thought he was a clever boy and wished them a good time. A few minutes later, another knock was heard. A second boy appeared and said, "Hi, I'm Eddie. I'm here for Betty. I'm taking her for spaghetti. I hope she's ready." He thought that he must know Joe, but bade them off as well with his best wishes. A few minutes after that, a third knock was heard. "Hi, I'm Chuck..." That was when the farmer shot him.
rude joke silly joke farmer joke
Rate: Dislike Like
Contact us | Help | About us | Terms | Privacy policy | Categories | Collections