Jokes that makes fun of tragedy or are based on dark actions, violence, tragedy or cruelty.

2 Hunters are out one day, they are about to shoot a buck. Suddenly, one of the Hunters clutches his hands to his chest, and falls to the ground. The other hunter, in shock calls 911. The operator begins: "9-1-1, whats your emergency?" The hunter nervously says, "My friend just collapsed, I think he's dead!" The operator responds, "Ok, can you make sure?" A gunshot is heard over the phone. "Done. Now what?"
dark humor hunter 911 operator dying dead heart attack
Rate: Dislike Like
A Widow Receives a Generous Inheritance 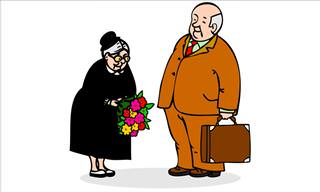 Some years ago, Michael J. Flanagan, a successful New York contractor, was standing on the deck of the Staten Island Ferry when a car got loose and sent him into the river where he drowned. The following Sunday his widow, all decked out in deepest black, was standing on the church steps after Mass, receiving condolences and enjoying every minute of it, when an old friend of the contractor came up. "I'm sorry, Mary, for your trouble," offered the friend. "Did Mike leave you well fixed?" "Oh, he did!" she said. "He left me almost a half million dollars." "Well now, that's not bad for a man who couldn't read or write." "Nor swim either," added the widow.
family joke dark humor widow
Rate: Dislike Like
All Isn't As It Seems on the Bridge

A tough looking group of hairy bikers are riding when they see a girl about to jump off a bridge, so they stop. The leader, a big burly man, gets off his bike and says, "What are you doing?" "I'm going to commit suicide," she says. While he doesn’t want to appear insensitive, he also doesn’t want to miss an opportunity, so he asks, "Well, before you jump, why don't you give me a kiss?" She does, and it is a passionate, deep and lingering kiss. After she's finished, the tough, hairy biker says, "Wow! That was the best kiss I’ve ever had! That's a real talent you’re wasting. You could be famous. Why are you committing suicide?" "My parents don't like me dressing up like a girl."
dark humor bridge kiss suicide
Rate: Dislike Like
Want to start your day laughing?
Register to our Daily Joke!
Did you mean:
By clicking "Join", you agree to our T&C and Privacy Policy
Deep Into the Jungle 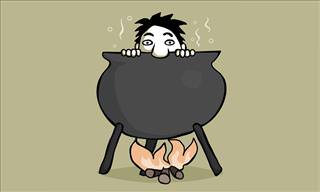 A magazine reporter is traveling through a rainforest in search of a fabled cannibalistic tribe. He wanders through the thick jungle for days upon days, and it seems like his journey's going to amount to nothing. As he ventures deeper into it, his attention is drawn to something hanging overhead in the canopy and decides to take a closer look. Suddenly, he falls into a trap, is knocked unconscious and wakes up tied to a stake with a fire burning slowly underneath him. He cries out for help, and is answered by what is obviously one of the tribesmen, who informs him that he is going to be served as dinner to the leader of the tribe. "But you don't understand!" he cries, "You can't do this to me! I'm an editor for the New Yorker magazine!" "Ah," replies the tribesman, "Well soon you will be editor-in-chief!"
comeback joke cannibals editor
Rate: Dislike Like
My Relatives Seem to Keep Dying 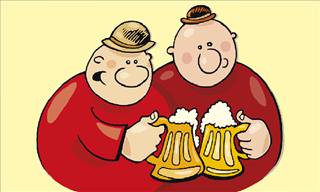 A man walked into the bar and saw an old friend of his, drinking by himself. Approaching his friend, he commented, "You look awful. What's wrong?" "My mother died in May and left me $15,000," the friend answered. "Boy, that's tough," the man replied. Continuing, the friend said, "Then in June, my dad died leaving me $50,000." "Gosh, both parents gone in such a short period of time? No wonder you're depressed," said the man. "Last month my aunt died and left me $10,000," the friend added. "That's a lot to deal with. Losing three close family members in three months, is terrible!" replied the man. "Then this month," continued the friend, "nothing! Not even a single dime!"
family joke dark humor money relatives
Rate: Dislike Like
Just a Little Switch Is All It Takes 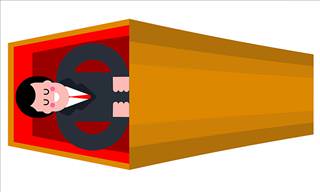 A man who just died is delivered to the mortuary wearing an expensive, expertly tailored black suit. The mortician asks the deceased's wife how she would like the body dressed. He points out that the man does look good in the black suit he is already wearing. The widow, however, says that she always thought her husband looked his best in blue and that she wants him in a blue suit. She gives the mortician a blank check and says, "I don't care what it costs, but please have my husband in a blue suit for the viewing." The woman returns the next day for the wake. To her delight, she finds her husband dressed in a gorgeous blue suit with a subtle chalk stripe; the suit fits him perfectly. She says to the mortician, "Whatever this cost, I'm very satisfied. You did an excellent job and I'm very grateful. How much did you spend?" To her astonishment, the mortician presents her with the blank check. "There's no charge," he says. "No, really, I must compensate you for the cost of that exquisite blue suit!" she says. "Honestly, ma'am," the mortician says, "it cost nothing. “You see, a deceased gentleman of about your husband's size was brought in shortly after you left yesterday, and he was wearing an attractive blue suit. “I asked his wife if she minded him going to his grave wearing a black suit instead, and she said it made no difference as long as he looked nice. "Then it was just a matter of switching the heads."
dark humor funeral joke heads mortician
Rate: Dislike Like
The Hunter's Daughter 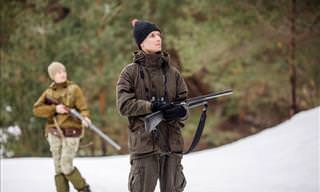 A hunter takes his daughter deer hunting for the first time. As they get to the deer stand, the hunter tells his daughter to get in the stand and sit very still, and if a deer comes out, shoot it. The hunter leaves his daughter in the stand and starts walking to his own stand. After walking for about five minutes he hears the loud bang of a rifle echoing through the woods from the direction of his daughter’s stand. He thinks, wow! My daughter must have already shot a deer! So he turns back and heads to her stand. But when he gets there, he sees his daughter arguing with a game warden. He hears his daughter yelling at the game warden, “get away from my deer!” The game warden yells back, “look, girl, I already told you, this is not a deer. I should have you arrested for such negligence with a firearm!” The hunter’s daughter is so pissed at this point that she loads a round into her deer rifle, points it right at the game warden’s face, and says, “this is a deer. I shot it. It’s my deer. Now step away or I will blow your head off.” The game warden slowly puts his hands up as he’s staring down the barrel of her loaded deer rifle. He then nervously says, “okay Ma’am. I was wrong. I see now that it is a deer. But before you take it away, can I get my saddle off of it?”
dark humor hunter's daughter deer game warden saddle
Rate: Dislike Like
The Old Lady and the Money Bags 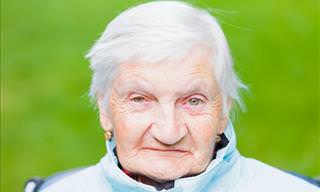 A police officer is walking his beat when he catches with his eye a trail of $50 notes leading into an alley. Curious, he immediately goes in and finds an old woman with two bags of trash dragging on the ground, one of them leaving $50 notes in its wake. He calls the woman to halt and approaches her. "Excuse me Mam, but one of your bags has a hole". He points out. The woman thanks him profoundly but he, still curious, asks: "Hope you don't mind me snooping around but where did you get all that money?" "Well, you see Mr.Officer," the old lady explains, "I have a lovely house at the end of the street and it just so happens to be right next to a very famous bar. I don't mind the noise but every night there are always some drunkards that piss all over my garden." She said, her voice shaking with indignation. "So, yesterday night I stood there with my pruning shears and whenever someone got their thingy out I'd say: '$50 bucks or I'll cut it off!'" Laughing at the amusing idea of those scared drunkards handing their money, the Police Officer lets her go about her way. But as she turns to go he jokingly asks: "Is the second bag filled with money too?" "Well, you know Mr. Officer, not everyone pays."
cop old lady dark humor money police officer
Rate: Dislike Like
The Special Gift 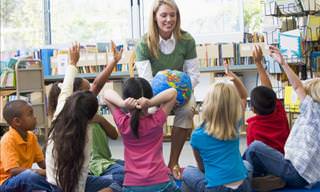 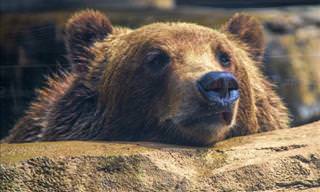 A Canadian park ranger is giving some ramblers a warning about bears, “Brown bears are usually harmless. They avoid contact with humans so we suggest you attach small bells to your rucksacks and give the bears time to get out of your way." His tone turns serious. "However, grizzly bears are extremely dangerous. If you see any grizzly-bear droppings leave the area immediately!” “So how do we know if they’re grizzly bear droppings?” asks one of the ramblers. “It’s easy,” replies the ranger. “They’re full of small bells.”
bear grizzly bear bells ranger brown bear droppings
Rate: Dislike Like
Next
Contact us | Help | About us | Terms | Privacy policy | Categories | Collections