Are you sure you're koalified to be here? Well, if you insist, how about some hilarious Koala Puns brought all the way from down under?

Koala Puns
Why did the koala get fired from his job?
Because he would only do the bear minimum.
Before the Koalaville basketball team can play for the national championship, they have to make it through the koalafying rounds.
I tried to keep a koala in my house, but the smell was just unBEARable.
What’s small, furry and slightly purple? A koala holding its breath!
What is a koala bear’s favorite mixed drink? A pina koala.
Was the koala able to complete the grueling 26-mile marathon? Bearly.
Why was the koala scientist so well-respected by his peers? He was known for conducting excellent koalatative research.
Why did the manager hire the marsupial? Because he was koala-fied.
Why isn't the the koala a real bear? He doesn't have the right koalifications.
What do you call a koala with no teeth? A gummy bear.
What do koalas do when they’re facing a tough situation? They grin and bear it.
What happened when the bear applied at the movie theater?
He was told he was not koala-fied.
Every koala supports the idea of being able to defend themselves against tyranny. They believe in having the right to bear claws.
What happens when a koala drinks too much alcohol? He gets a bear gut.
How did the koala bear get the high-paying job? He met all of the koalafications.
A star athlete in Koalaville got kicked off the Olympic team for cheating. Unfortunately, he was diskoalafied.
Where do koalas go to settle legal matters? A kangaroo court!
What did the koala radio host say before going on a commercial break? “We’re going to take a small paws for our sponsors.”
How do you know when a baby koala bear is happy? You’ll see them jump for joey!
What is a koala bear’s favorite line in the movie “The Sixth Sense”? “Aussie dead people.”
What is a koala’s favorite Christmas carol? Deck the halls with boughs of holly, koala-la-la-la, la-la-la-la!!!
What did the grape say when the Koala stood on it? Nothing, it just let out a little wine!
Why do you never see koalas wearing shoes? Because they love going bearfoot.
How do you apologize to a koala?
Bear your heart and soul to them.
What does a koala do before making any kind of appointment? He always checks his koalander.
Where do most koala movie stars live? In Koalawood, Koalafornia, of course!
Why did the koala bear eat so much eucalyptus? He simply couldn’t leaf it alone.
What is a koala’s favorite soft drink? Koka-Koala, of course!
Where are koalas taken when they die? To an ancient bearial site.
What's a Koalas favorite drink? Coca Koala!
How does a koala get from one place to another? On a gondkoala.
How do you apologize to a koala? BEAR your heart and soul.
How do koalas stay in shape? They do bearobics.
Why didn’t the koala bear get the job? He was underkoalafied. How did he fix this? By going back to koalage.
What is a koala’s favorite exercise?
Bearobics.
If you ever own a koala as a pet, make sure you can keep track of it by putting a koalar around its neck.
What do koalas do when they see social injustice happening in the world? They fight for ekoalaty!
What’s another popular Christmas song that baby koalas like to sing? “Joey to the World”, of course!
What is a koala’s favorite type of fruit? Bearies.
Why are koala's so sleepy? Because you just got to be tired being so darn cute all day!
When does a Koala go "moo"? When it is learning a new language!
Besides eucalyptus leaves, what is a koala bear’s favorite vegetable? Koalaflower.
Which side of a koala bear has the most fur? The outside!
What’s the scariest koala movie ever made? The Bear Witch Project.
Why did the bear quit his second job?
Because he needed some koalaty time with his family.
What happened when the koala house party got a little too far out of hand? One of the neighbors koalaed the cops.
What is a koala’s favorite pop singer? Koala Rae Jepsen. Her most popular song? “Koala Me Maybe”.
What did the koala write in his Valentine’s Day card to his girlfriend? “I love you-calyptus”.
What happened when the koala tripped and fell in a crowded restaurant? He got embearassed.
What do koalas use when they’re doing yard work? A wheelbearow.
Did you hear about the koala bear in the church choir? Yeah, they say he sings bearitone.
Why did the Koala cross the road? To prove to the possum that it could be done!
What do you call a Koala that can pick up an elephant ? Sir!
Why don’t koalas like fast food? Because it’s too hard for them to catch.
How did the little koala bear stop the movie? She hit the paws button.
What would you call a dream where a koala bear is eating you? A bite-mare.
What do you call a koala with a negative attitude? The bearer of bad news.
There once was a koala who could run at a speed of more than 800 miles per hour. He was the first koala to break the sound bearier.
Send to friends Share WhatsApp
Collections 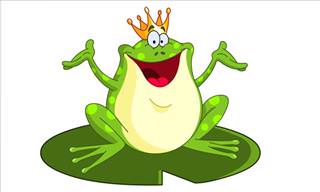 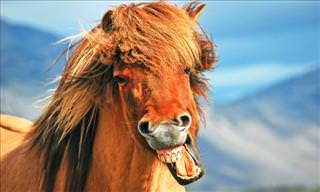 164 Jokes and Puns About: Horses 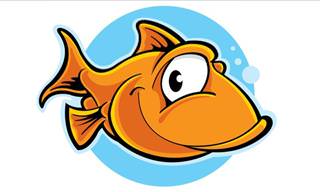 169 Jokes and Puns about: Fish 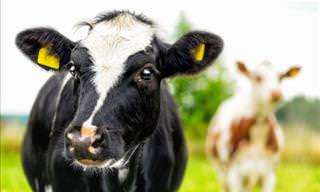 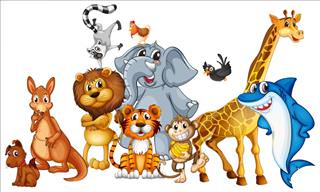